KOYUKI… Acoustic Guitarist
Born on June of 2001, in Osaka Japan.

She loved to go to Tokyo Disneyland and that was where she heard American
country style music,,,, in the back ground at one of the attractions. Ever
since, it became one of her favorite styles of music.

Soon later she went to see a live guitar performance by
Tommy Emmanuel, one of the best acoustic guitarist, and ever since then she
started dreaming of becoming a guitar player.

She started playing the guitar from the age of 10.
After only 10 month of training,
she decided to compete at a guitar contest, which was the one annually held
in the west area of Japan, and received an award. (MIKIGAKKI award)
Few month later, she got called to the center stage from
Tommy Emmanuel himself
when he was playing at The Billboard Osaka and played 2 songs.
The crowd welcomed the surprise and loved her performance. 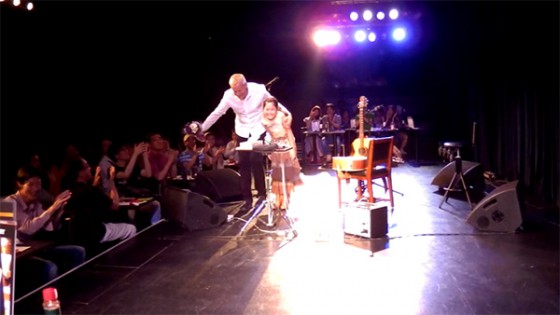 She was soon offered to be a demo-player
for Maton Guitars at Japan’s biggest guitar event, “Sound Messe 2013″.

She recently started working on her original arrangements and compositions.
Combining her guitar skills with her knowledge from piano lessons,
her music is getting positive response from many professionals.

Her musical journey continues as she performs at gigs, music events and
concerts as well as collaborating with acclaimed musicians.

Her unique style of blending country guitar,
thumb-picking, fast arpeggios creates both delicate
and passionate finger-style guitar performance…
she is one of the leading finger-style teenager in Japan.